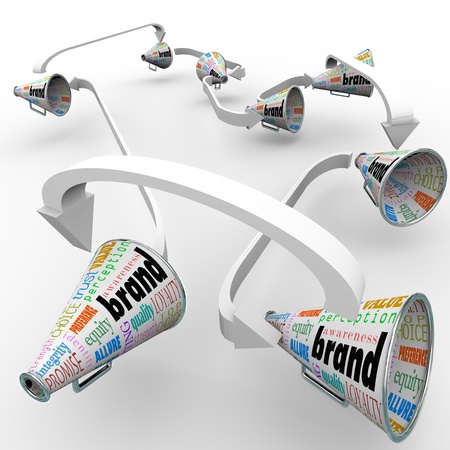 These days, most businesses realize the importance of a consistent and engaging presence on various social media channels. But some of my clients still hesitate. They may feel they lack the skill or technology savvy to setup and maintain their account.  They say they lack the time to be consistent, or they don’t know what to say on there. Or I have had some say they don’t want people to post bad reviews of them. Here are some key reasons why its imperative that all businesses, of all shapes and sizes, should put forth an effort on at least 1 to 3 social media channels (depending on your audience).

Your Audience is on Social Media. If you want to increase brand awareness, get to know your target audience and expand your message to new audiences, than there is no better place to develop those connections than on social media.  Not only are most Americans on some form of social media but we are spending more of our time each year dedicated to sharing, liking, posting, tweeting and pinning.

To Capture Millennial’s Attention:  Let’s face it, reaching out to millennials is going to be the next big challenge for small businesses in the coming years. This is a different generation with different values and different motivations. When they make a purchase think of the three P’s, as their focus is on Purpose, People and Profit. So what can you do to show your business has a purpose when it comes to community outreach, you care about people (your employees and your customers), and then lastly how you can you save money for your customers and increase their profit?

Your wesite’s traffic increases! When you direct your social media users to your website regularly, you build on the introduction to your products and services, increase brand awareness, and hopefully, if your site is done well, you will increase conversion from users to customers! Search engine crawlers track which pages are consistently earning more traffic so your page will rank higher in the SERPS (search engine results page). The more traffic to your site, the higher you show up on Google, the traffic continues increasing organically!

You build relationships with your customers: Not only do they learn more about your company, your philosophy, your goals, your accomplishments, your team, your products and services and your customers’ feedback.  But you also learn about them – by reading their tweets, posts & comments, you get insights into their daily lives, what they are buying, what they are doing on the weekend, what they share, and what websites they’re visiting.

You can Build Brand Loyalty & Credibility:  If your business is not on social media, (or website), you appear out of touch, outdated, or looking to avoid bad reviews. The more you communicate with your customers, you will build trust and credibility because Social media enables transparency about your company.

Your Competition is getting social:  91% of brands are using some form of social media. Why aren’t you? It’s much harder & more expensive to play catch up, (and it takes months to build your audience) than to get in the game early on.

Summary:  With a consistent and engaging presence on the proper social media channels, your business can make a significant impact in its branding, its story and its ROI. Take the leap if you haven’t already.  If you need help with setting up a new account, training for you and your staff or management and marketing proposals, contact Startup Production.

Southwest Airlines, known as “the most loved airline in social media” because of its effective social media presence and focus on responding to customer needs in an instant. If their customers are experiencing flight delays or cancellations, lost luggage or being stranded at the airport, Southwest is listening and responding via social media. How?
Using a social listening center, Southwest Airlines made hearing directly from their customers, employees, fans, and the media, a priority. As they explain in their case study, “Our Customer Care Team has provided outstanding service throughout weather events and crisis situations, helping our Customers get where they need to go or providing answers to their questions—all via Twitter and Facebook.”  As a result, they were the first airline worldwide to reach 3 million fans on Facebook.