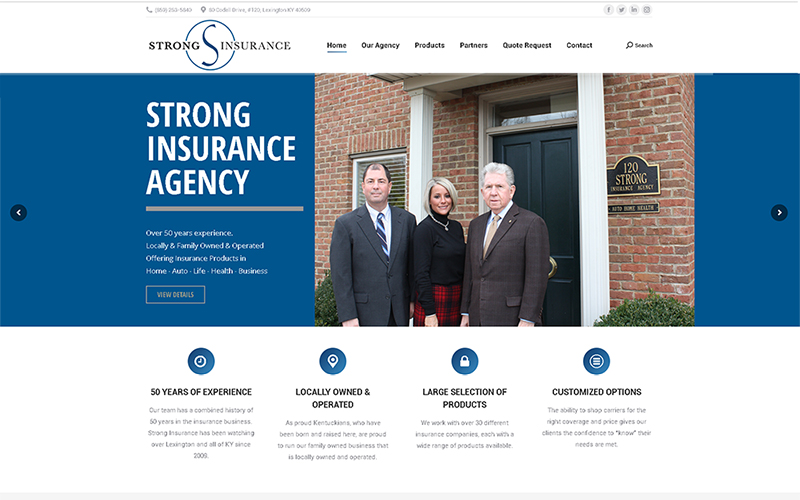 Startup Production started working with Strong Insurance in 2011 when they opened, but after nearly a decade their website was in need of an update for current search engine protocols, responsiveness for mobile users, and newer SEO optimization standards. They had a staff member attempt to use a web builder but it lacked the professionalism, working functionality and lost it’s ranking in search, as web builders tend to do. They came back to Startup Production for a new, responsive content managed system site that captured their new logo and branding and promoted the message of family-owned and operated, local and community-driven. They also wanted to showcase their large inventory of projects, and insurance carriers to customize an insurance package for each client. Their site went live within a month of starting the project, which is more typical for web development.

By NicoleMuellerNovember 11, 2019
Search this Site
Sign up for our FREE newsletter
Latest Posts
Go to Top