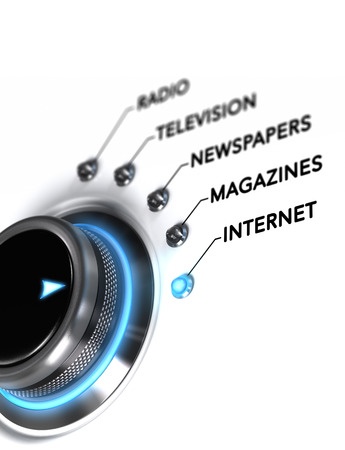 Companies, of all shapes and sizes, are all trying to decipher the rapidly changing advertising channels and where best to invest their marketing dollars.  Our last post compared digital marketing to newspaper marketing. How does digital or online marketing compare to the ROI of Radio ads? With so many radio sources: traditional AM/FM, online radio including internet radio, satellite radio and streaming services, there is much to analyze in this ever-changing media.

Advertising budgets continue to be reallocated from radio to other media channels, but online radio or streaming services are offering expanding services that entices advertisers including optimization capabilities and geo-targeting. The first consideration for advertisers or anyone assessing the industry will no doubt be audience size.

So here’s a breakdown of the various radio sources and their current audience size:

Online Radio Usage is on the Rise … 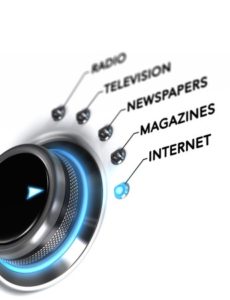 So the breakdown is while traditional AM/FM radio listening and ads revenues are decreasing each year, satellite and streaming music radio is increasing every year, taking more of the marketing as well as an increase on engagement and time spent listening per day.  With online radio being more accessible, offering higher quality of sound, playable on multiple devices, and with the ability to select music preferences, its obvious why its become so popular in just a few years.

So as a result, Ad Revenue is affected by the various radio platforms:

In 2014, Pandora generated 732.34 million US dollars in advertising revenue. In addition to Pandora, Spotify is growing rapidly in the United States and has contributed more than $2 billion to artists while industry-wide streaming now accounts for 27% of revenue. Sirius XM saw an increase in revenue of 10%, up from $3.8 billion in 2013 to $4.2 billion in 2014, and $4.6 billion in 2015.

“AM/FM’s revenue from ‘spot’ advertising (ads aired during radio broadcasts, its main revenue source) declined 3% in 2014, while revenue from digital and off-air advertising both posted strong gains for the year – 9% and 16%, respectively.” – Journalism.org

What is the Average Cost of Traditional Radio Advertising?

There are three factors that affect pricing:  Length of Airtime, Production Cost and Schedule.

Airtime is the unit of time that your commercial will run, usually in increments of 30-second, 60-second or 120-second segments (or spots), depending on the station. Second, production cost can be a factor, although many stations include it as an incentive, with some limitations to voice talent, sounds and effects. If you have specific wants for your ad that set your brand above the rest, then you may want to consider an outside firm to produce it.

“It may be worth a few thousand dollars to produce a top-notch spot that generates a response instead of an in-house spot package deal that does nothing.” – Entrepreneur.com

Third is schedule, which is when and how often your ad plays. There are two types of scheduling: ROS (“run of station”) which is where the radio station determines your schedule, or Target Placed ads (or “flights”) when you determine the times/days. It might be worth your time and research to select your times with your radio sales rep.  Why? Each radio station has various surveys so you can determine the best times of day and week that your target audience will be listening, so work closely with your rep to select the best times for your ad to run to get the best return on your investment.

Repetition is essential to get your ad heard and remembered especially in the radio market where listening can be sporadic and for brief spurts of time throughout the day (during a commute, at work, while multitasking other projects). Because radio advertising relies on repetition, you’ll need to pay for the continuous airplay to see any worthwhile results.

“You can expect to spend approximately $2,000 per week in a regional market and at least $3,000 with a larger metro station. Spending any less on your campaign is a waste of money; you simply won’t be able to get the repetition required to generate a result.” – Entpreneur.com

Recently, I negotiated a radio ad run for one week in the Lexington KY area that ran an average of 20 times in the adult contemporary genre, that came to about $600 including production costs, but in larger areas like New York NY, you could expect to pay $6000-8000 for the same run with a much larger audience.

What is the Average Cost of Online Radio Advertising?

Some advantages of advertising on online or streaming radio include targeted ads since you can target your audience by geography, age, lifestyles/listening habits (based on music genres they select). Also, if the subscription is free (as opposed to Paid Subscriptions with commercial-free play), the audience cannot turn off the ad but the listener is also not inundated with ads as they usually play one commercial at a time, and no more than 4-6 per hour. Also, online ads tend to cost less than traditional AM/FM radio ads.

If you have the budget for it, there is a definite potential for a return on the various forms of radio offered. Work closely with an independent marketing consultant as well as the specific radio station’s sales rep to determine the best time, repetition and quality production of your ad. Yet, if you are a small business or have a limited marketing budget, again you cannot beat the price, the targeting nor the analytics you receive when running an ad on Facebook, Twitter or other Social Media platforms starting at just $1.00 to $5.00 a day.  As one disgruntled radio advertiser put it:

“Have you looked at Facebook?  It costs $5 dollars a day and you can reach real people.  My challenge with Pandora is that they know NOTHING about their users since you can create an account based on an email only. I have experience this myself with Pandora ads where they serve me Spanish ads, just because I listen to Latin music.  And I don’t speak a word of Spanish!  With Facebook you can target based in interest, age, location, buying habits, job title…etc.   Tons of interesting analytics in one place to better target your ads depending on what you are marketing.” – David M. (Quora.com)

“Nicole was great to work with. She is very knowledgeable in website design and marketing and is an amazing Blog writer! We highly recommend her and are very happy with the work she has done for our Small Business .” – Jerilu Fields (Five Star Google Review)

“Nicole has done an excellent job with setting up our website and keeping it current. She has also helped us with our presence on Facebook, LinkedIn and other social media sites. She also helps us with a quarterly blog to send out to our customers. I would recommend her to anyone!!!” – Brenda Oney (Five Star Google Review)

“We are thankful to have worked with Nicole and Startup Team for several years now. Her service is efficient and always well done. They are available when I need them and we still have not found work beyond their scope. Looking forward to many years of service.” – Lora Brown (Five Star Google Review)

“Nicole of Startup Production is a great locally owned female business with years of quality service. I had previously been using a very large out of state company and was spending over $1000 a month. Then I found Nicole who has helped me in so many ways and her pricing has saved me thousands. She is always available by phone or email and very willing to help. I would highly recommend her company if your looking for a great online presence that doesn’t break the bank.” – Paulette Collins (Five Star Google Review)

“Nicole Mueller at Startup Productions came very highly recommended to me by my CPA who had used Nicole’s web design services to recreate her site. I loved my CPA’s new site. I had wanted to do a full redesign of our site for a long time. I made the right decision in hiring Nicole. She was very professional, responsive, creative, and worked much faster than I expected. The site she created for us is first-class. I’m extremely satisfied with our new site, Nicole’s fast and excellent work, and the value.” – Keith Zafren (Five Star Google Review)

“I had such a wonderful experience with this company!!!! This was after a completely awful experience with a different marketing company. I paid thousands of dollars to a different company to do a website and “marketing” that was nothing I couldn’t have done myself with a few extra hours of work. Thankfully, I found Startup Production – who were less expensive AND delivered a beautiful website that was exactly what I had envisioned but better. I am so thankful I went with this company and only wish I hadn’t wasted my time and money with the first marketing firm I chose. I highly recommend Startup – they really care about listening to their clients and delivering exceptional quality. I plan on using them going forward for anything marketing related.”

“STARTUP PRODUCTION has served as a “Slingshot Accelerator” for ERTIA UNLIMITED, creatively and professionally designing and launching my company’s web site, www.ertiaunlimited.com.  In particular, Nicole brought digital life to my “cutting room floor” content and masterfully organized it for easy navigation.  Her impeccable advice and suggestions were priceless, value-added factors in creating a web presence that is not only professional in both form and function, but easy to administer.  With Nicole at the helm, Startup Production is well positioned at the industry standard forefront of 21st Century digital media vibrancy.”

“Startup Production did a very professional job on a one page flier for my Company StaffHub LLC. I requested this job on Thanksgiving week with late notice due to a deadline and it was completed the next day. Outstanding customer service along with quality work at a very reasonable price. Being a small business this is definitely a bonus. I highly recommend this company for your business needs.”

“I cannot recommend Startup Production enough! Nicole is always very responsive to any issue we face in the small business I operate and her technical knowledge, friendly attitude, and professional approach always makes issues that seem big to me at first a breeze. I have been a client of Startup Production for several years and plan to remain a client for several more!”

“As the president of the Kentucky Association for Psychology in the Schools (KAPS) and a representative of the association, I am very pleased with Nicole and the services that she provided. Nicole listened intently to our needs, considered our status as a nonprofit agency, and provided tremendous quality and support for our association. Nicole has gone above and beyond in supporting our endeavor of creating a new website. As an association we are proud and pleased to now share with others a well developed website, with functionality, and information to support our members. Again, I could not speak more highly of Nicole and the support she has provided and has agreed to continue to provide in the future. Thanks, Nicole!”

“Nicole was great to work with, very flexible. I had to reschedule several calls last minute, it was no problem. Website turned out better than I could have expected, and their pricing is right in line with other companies. I highly recommend working with Nicole at Startup Production.”