What is the Right Social Media Channel for your Brand? 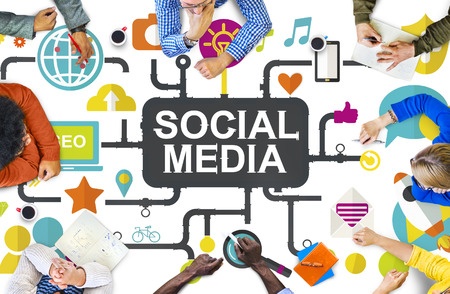 There are so many social media channels these days, with new ones coming on the scene with a great deal of buzz and excitement, and then either falling by the wayside due to low verified accounts and worse yet, even less active users (examples:  Ello, Myspace, Friendster, Del.ico.us, and now soon Vine). 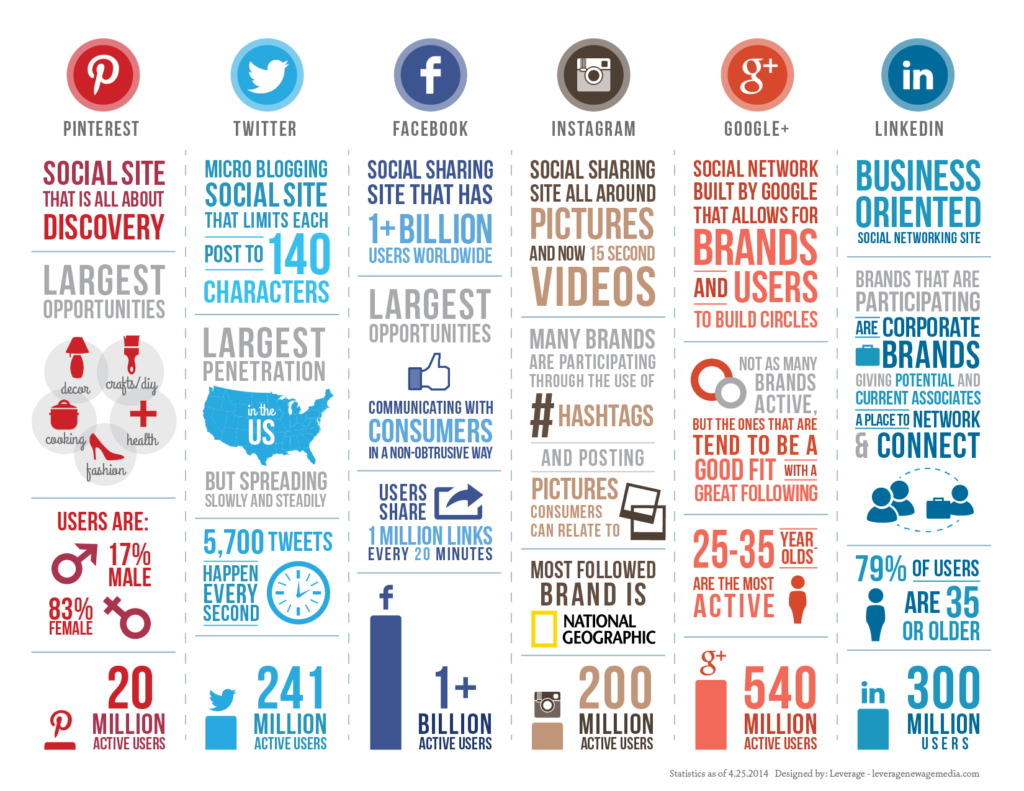 So how do you know which ones you should invest time and advertising? Which one will reach your specific audience?  Which one will cause the greatest impact to your brand, not just in the number of registered accounts but active, regular users?  Let’s take time examining several of the most popular social media channels, as well as some of the bookmarking sites that you can promote your content and blogs.

Facebook is the LEADER, not just because it’s one of the oldest but it has the most monthly active users by far. Facebook has over 1.6 billion users, the largest of any social network. In its eleven-year history, it has become a fixture of the daily online experience. Nearly half of all Facebook users are active each day, including the weekends. When they visit Facebook, they spend an average of 18 minutes per visit!  Facebook is also one of the best places to market your business locally:  It is estimated that more than 1 million small and medium-sized businesses use the platform to advertise their business.

LinkedIn is hands-down the most popular social media site for professional networking including job recruiters, employers, job searchers, promoting your resume & professional portfolio, human resource professionals and headhunters. LinkedIn is great for people looking to connect with people in similar industries, networking with local professionals and displaying business related information and statistics. But how about business owners?
LinkedIn has in recent years trying to build a presence for Business owners with their Company pages and Showcase Pages, which are niche pages off of a company page. They allow a company to promote specific products or market to a specific buyer persona. LinkedIn users can follow singular Showcase Pages without following the business.

Businesses can use Twitter to interact with prospective clients, answer questions, release latest news and at the same time use the targeted ads with specific audiences. Twitter boasts 1.3 billion registered accounts but only 310 million active users, worse yet 44% started an account and left without ever sending their first tweet. Why? Many people find Twitters format a bit daunting especially to regular Facebook users, and many are not sure what type of content attracts attention to such a global audience. So what content is popular on Twitter?
Twitter’s focus is on global news, celebrities’ thoughts & announcements, as well as politician’s rants and opinions. (How many times were tweets featured in the last election? Answer: too many.) Another interested statistic: Journalists make up 24.6% of verified accounts, 83% of world leaders are on Twitter, and 79% accounts are OUTSIDE the US. So if you or your target audience is interested in concise yet breaking news in the US or globally, then Twitter should be considered. Yet I’m not completely convinced this is the best place to promote a small local business, especially if your social media marketing time is limited. 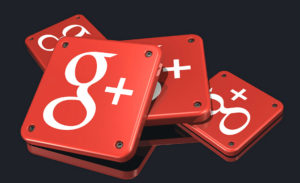 Then why USE Google+?  Google+ is not Twitter with quick, concise updates, and it’s not Facebook for relationship building and content marketing. What makes Google+ still a contender among its competitors is that Google+ is “promoted by the biggest technology platform on the planet.” And that is reason enough to post consistently with key-word rich marketing content because that content will be prioritized by Google. What happens on Google+, stays on Google.

With its high concentration for women, small businesses whose target audience is mostly made up of women should definitely invest in Pinterest as more than half of its visitors are women.

Launched in 2010, now owned by Facebook since 2012, you may be surprised to hear that Instagram has one of the most active and engaged user base. With over 300 million active users, Instagram has caught the attention of a growing number of brands — both large and small. With such high engagement, Instagram is the perfect platform to connect with customers, listen to their feedback, and build relationships.

Multi-platform use is on the rise: 52% of online adults now use two or more social media sites, a significant increase from 2013, when it stood at 42% of internet users. The average person has five social media accounts and spends around 1 hour and 40 minutes browsing these networks every day, accounting for 28% of the total time spent on the internet.
So in conclusion, take some time to find the right channel or channels for your brand. Develop a plan, be consistent, engaging and responsive. Tell your story and build relationships. If you need training, social media management or marketing, call Startup Production for more information.