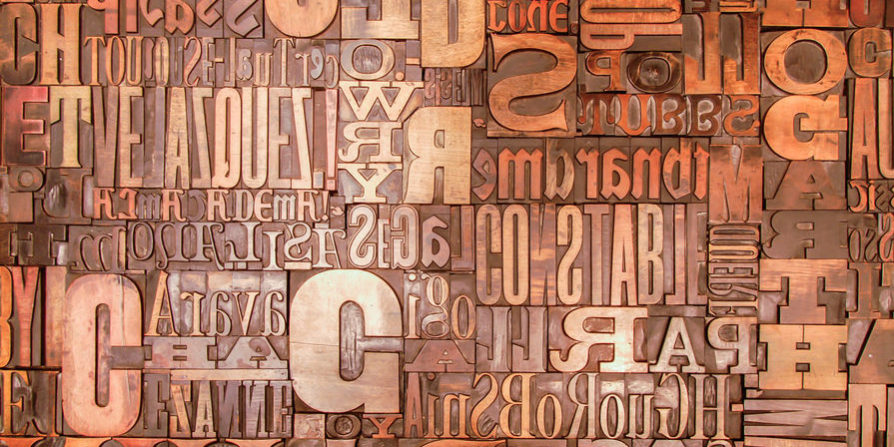 In early December 2018, WordPress released it’s next generation editor, called “Gutenberg” in it’s version 5.0. Although most of my clients on Godaddy didn’t see the update installed until early January, the installation was a major one that was followed up by subsequent releases (fixes & patches) until we’re now currently at 5.1.

The new editor, which is supposed to revolutionize the WordPress experience, is named after Johannes Gutenberg, who invented a printing press with movable type (blocks) more than 500 years ago. And that is the so-called magic of Gutenberg, the building blocks of each post or page, making it a more simplistic experience to add media & page elements to your content.

“We call the new editor Gutenberg. The entire editing experience has been rebuilt for media rich pages and posts. Experience the flexibility that blocks will bring, whether you are building your first site, or write code for a living.” – WordPress.org

Change is inevitable as they say, so we were hoping the Gutenberg update would be answer to common complaints and offer a more stable environment for the growing functionality of the platform. So as I began to explore the new editor, I asked myself, why?

“Gutenberg is an obvious reaction to competitors of WordPress; the writing experience of Medium, the quick and easy site builds using Wix and Squarespace. Gutenberg is a clear attempt to attract new users to the platform. But in doing this, is WordPress stepping away from the values that make WordPress … WordPress?” – Deliciousbrains.com

I couldn’t agree more, so instead of delving into the cons (too easy), I decided to put my happy face on and look at the pros first.

Some of the benefits of the new editor is a distraction free screen for users to write and create content, the use of blocks that can be moved up and down the pages, and the ability to resize images, graphics and videos right on the page.  Other than that, it’s rather clunky and for most of my clients unnecessary as the professional themes I’ve installed and setup have already long implemented the use of blocks, often called ‘containers’, which are much more responsive, versatile with more styling options and easier to use/edit.

The use of Gutenberg editor may come in handy for the non-professional, blogging, DIY website content creator who are more hobbyist than entrepreneur. It makes the editing and publishing a blog/website possibly a bit easier for those who are more focused on content than design. The blocks are easy to create, add content to and move around the page.

I. ISSUES WITH USER EXPERIENCE (GUI)

Working with Gutenberg definitely takes some getting used to, as it’s a very drastic change to the classic editor box that resembles a Word document.  Gutenberg’s large content box is supposed to give you a better view of your page/post but actually the blocks show less of your content and hides the toolbars. On the right side of the screen, there is a tab that shows possible options for the currently selected block but it’s difficult to navigate especially when you’re writing content.

If you’re a writer or blogger, you tend to just want to focus on the process of writing (typing) out your thoughts and ideas, rather than on the layout and design of your page.  So if you’re familiar with a typing on a word processing software like Microsoft Word, Wordperfect, Google docs or Wordpad, you will probably not feel inspired to write your first draft in Gutenberg.

Gutenberg is less like a Word document and much more a grouping of widgets on a page which tends to split up your headings, paragraphs, list, quotes as separate pieces rather than parts of a whole document. This makes global styling a thing of the past and you now have to edit each piece separately.

Fortunately, there is a work-around, a plugin called Classic Editor, which bypasses the Gutenberg editing tools and reverts back to the former editor. They’re tell us that Classic Editor will only be available for three years, but my feeling is that will be extended, as Gutenberg is not getting rave reviews, with an average of less than 2 out of 5 stars. And my hope is that by December 31, 2021, they will have most of the user complaints, bugs and functionality issues resolved in Gutenberg.

The other downfall, which many of my clients have experienced since the first week of January, has been functionality issues and site downtime. Prior to Gutenberg, when each WordPress update (which occur on average every 2-3 months) was released, various plugins and potentially even the theme would require an update  to ensure compatibility with the version changes. And usually it’s a fairly seamless process, where you would first backup the site, update each plugin, test out the site, then rinse and repeat.  Unfortunately, since Gutenberg was such a huge, drastic version change, it often wasn’t ‘playing nice’ with the existing themes and plugins. And the usual innocuous updates were now a dangerous and unpredictable process.

Often, the updates caused complete havoc with the website either resulting in various bugs, loss of functionality (with contact forms, loading of images, and saving of new content) or worse yet, a full site crash (also called the ‘White Screen of Death’).  So after spending hours trying to troubleshoot and correct the issues, I’d have to call Godaddy’s WordPress Premium Support team and submit tickets to resolve.  After time, I realized it was easier (as well as saving time and money for the client), to send all theme and plugin updates directly to the Premium Support team to install and fix any resulting issues.

To make matters worse, the rumor is that the Gutenberg update was pushed out too early, so many of the bugs had not been worked out, which resulted in numerous subsequent version updates. The releases have been nonstop since January, occurring nearly ever week, instead of every quarter. I’m not exaggerating – there’s been over 10 version releases since it’s initial 5.0 release in just two months!

Again I ask WHY?

For professionally designed WordPress sites, like the ones that Startup Production develop,  we use  paid and licensed industry-specific themes with page builder plugins that have been utilizing ‘blocks’ or ‘containers’ for some years now, which gives the user (my clients) greater access to the layout and flexibility of their page elements.  After each site is completed, I spend an average of 60 to 90 minutes training my client to use the theme containers so they can manage their content and publish new content.  Hence, the Gutenberg update for many of my clients in unnecessary and the use of the blocks are often being bypassed by the theme functionality anyway.

So I’ve spent most of 2019 since January 2nd, updating plugins, resolving issues and delegating unresolved issues to hosting support. I’ve learned a lot in the last few weeks and hundreds of hours working with my clients’ websites, and would like to share a few survival tips on how to manage and overcome the transition to Gutenberg.

How to Survive the Transition

I’m not sure of the future when it comes to themes that use the far-superior page builders or the continual evolution of Gutenberg, but what I do know is that, in summary, here are several work-arounds and solutions I’m recommending for my clients during this transitional time:

WordPress is an amazing tool for building a responsive, database-enabled, functional website and blog on a highly-revolutionized user-friendly content management system. It’s astonishing but WordPress is now powering more than 30% of the internet with over 75,000,000 websites using WordPress as of early 2019. Wordpress also performs well on the SERPs (Search Engine Results pages):

So with the good, comes the bad, and lots and lots of changes. All we can do, is sit back and get ready for more.  So until then … blog on!

How to Manage or Outsource your Company’s Digital Marketing
October 8, 2019